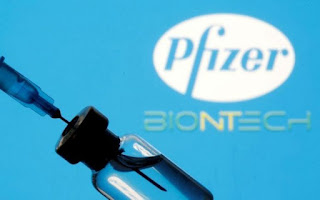 The Ministry of Health (MOH) is in talks with Pfizer in hopes to secure another 30% of its Pfizer-BioNTech COVID-19 vaccine supply, according to Bernama. This isn’t the first time the government has approached the pharmaceutical company for this purpose, as it has previously done so back in November last year and recently in January 2021.
Initially, the government had originally purchased a total of 12.8 million vaccine doses of the Pfizer-BioNTech COVID-19 vaccine in November and would later add another 12.2 million in January – bringing the total number of dosages to 25 million, allowing for the vaccination of 39% of the Malaysian population. According to Bernama, MOH minister Datuk Seri Dr. Adham Baba says the additional amount would cover 50% of the Malaysian population, should the new deal pull through.

As previously reported, the first phase of the National COVID-19 Immunisation Plan Programme aims to vaccinate 500,000 frontliners and is scheduled to last until April. Phase two will take place from April to August 2021, and is expected to cover 9.4 million people in high-risk groups such as the elderly who are aged 60 years old above, as well as those with chronic diseases and the disabled community. The third phase will then focus on the rest of the Malaysian population, which will commence from May to February 2022.

On a related note, those interested to sign up for the vaccination programme are able to do so via MySejahtera. In addition, the mobile application is also planned to receive an update in the near future to include a function that will remind users to get their second dose of the vaccine.