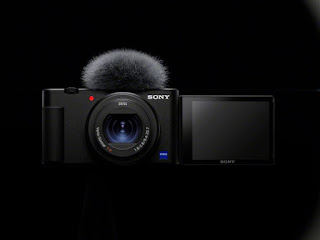 Sony has released a new firmware update for its vlogging-oriented ZV-1 compact camera, which provides it the ability to link directly to a PC and be used as a webcam. This enables users, as Sony claims, to fully utilise the camera’s “high-quality video stream and built-in microphone for crystal-clear audio” for live streaming, video calls and more.

But wait, didn’t Sony do something similar to this already? Well, yes. The company indeed released a free desktop application last year in August, which lets users convert compatible Sony-branded cameras (including the ZV-1) to be used as webcams for video calls.

This new update, on the other hand, makes the process more straightforward as the feature is now natively included into the Sony ZV-1 itself – basically turning it into a plug-and-play device. Therefore, all the users need to do is connect the camera to their PCs via a USB-C cable, and it should register as a compatible webcam device. In addition, the feature uses standard UVC and UAC technologies, so any live streaming platforms that support those will be able to take advantage of the camera’s high-quality video capabilities. 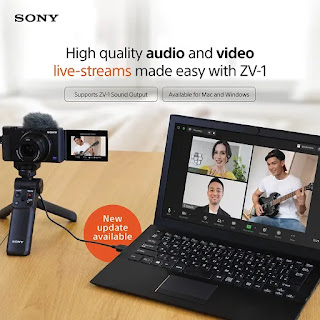 Sony added that you needn’t necessarily require a PC in order to livestream via the ZV-1. This firmware update also allows users to link the camera directly to a compatible Xperia phone and use it as a secondary display to read comments and monitor the live feed. A very cool extra, provided that you already own a Sony smartphone, that is. For now, only the Xperia 1 II and Xperia 5 II are supported and they have to be running Android 11. Sorry, Xperia 10 II.

The Sony ZV-1 firmware update is available now for both Windows and Mac platforms. The company says that this capability will also be added to additional compatible cameras in the future, but did not specify which models exactly.