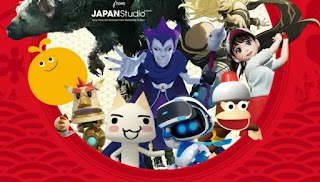 Sony Interactive Entertainment is closing its oldest first-party developer studio, known simply as Japan Studio. The studio was responsible for a wide range of games, such as Ape Esape, Patapon, Gravity Rush and Knack.

Sources to VGC say that the “vast majority” of its staff were let go, with their contract not renewed ahead of the company’s next business year starting 1 April. That being said, localisation and business staff will remain. And Team ASOBI, which made the Astro Bot games, will continue as its own standalone studio.

In a statement to IGN, SIE confirmed that it is reorganising the Japan Studio, re-centering it to Team ASOBI. External production, localisation and IP management of Japan Studio titles will be handled by the “global functions” of PlayStation Studios.

The restructuring follows a number of high profile departures, and announcements of that nature. According to VGC, Sony Japan Studio veterans Kazunobu Sato, Junya Okura and Keiichiro Toyama left late last year to set up Bokeh Game Studio. Toyama was the director of the Gravity Rush and Silent Hill series. Then there was Teruyuki Toriyama, producer for Bloodborne and the Demon Souls remake, who said he was leaving at the end of 2020.

A VGC source also said that Sony Japan Studio hasn’t been profitable enough in recent years. The studio wanted to prioritise making games that appeal to the Japanese market first. This meant that its projects were overshadowed by big international hits by other first-party studios.