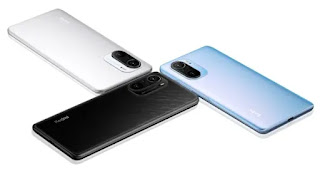 Xiaomi has recently launched three models of the new Redmi K40 flagship series in China. These consist of a standard K40 model, a Pro version and a high-end Pro Plus – all of which are equipped with Qualcomm’s Snapdragon 800 series chipsets.

Both the Redmi K40 Pro and Pro Plus are equipped with the same Snapdragon 888 chipset, but differ in terms of RAM and storage configurations. Specifically, the former comes with up to 6GB RAM and up to 256GB of storage, while the latter is offered only with 12GB RAM and 256GB storage. The standard K40, on the other hand, is powered by a Snapdragon 870, along with RAM and storage options of up to 12GB and 256GB respectively. It’s also worth pointing out that the 870 is a revamped version of Qualcomm’s last flagship, the Snapdragon 865, now featuring a clock speed of 3.2 GHz and an Adreno 650 GPU.

The Redmi K40 trio comes with a triple rear camera setup which features the same 8MP ultra-wide and 5MP telephoto macro sensors. What sets each model apart is their main cameras; where the Pro Plus features a 108MP sensor, the Pro gets a 64MP, and the standard version features a 48MP sensor instead. Video-wise, the two high-end variants are capable of recording in 8K at 30fps, while the vanilla’s maximum video resolution is capped at 4K/30fps. All three models come with a 20MP front-facing camera housed in the punch-hole cutout in the main display. 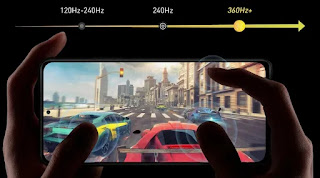 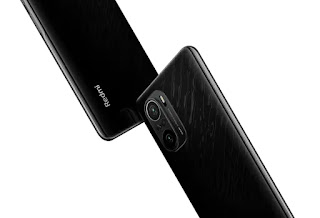 While the new Redmi phones (especially the Pro Plus model) do share some similarities with Xiaomi’s own Mi 11 flagship, they are clearly aimed towards users of the brand’s ecosystem  series that are considering a more affordable alternative. Provided that they don’t mind going with a flat display panel, and slightly smaller battery capacity.

All three smartphones will be on sale in China on 4 March, but their global availability has not been confirmed at this time. However, sources say a recent discovery in the IMDA (Infocomm Media Development Authority) listing suggests that the standard variant of the Redmi K40 may be sold globally under Xiaomi’s other subsidiary brand POCO instead.
at February 26, 2021
Email ThisBlogThis!Share to TwitterShare to FacebookShare to Pinterest
Labels: Flagship, K40, Launches, Redmi, Series, Xiaomi