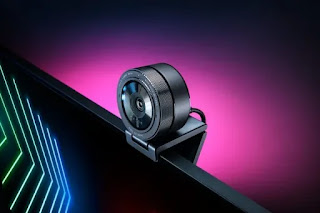 Razer has released a number of items that aren’t strictly for gaming before, like the Seiren series of mics. The company also has the Razer Kiyo Pro, which is the company’s second webcam.

The company claims that the Kiyo Pro solves most issues faced by built-in laptop webcams. For one, it comes with a Type 1/2.8 CMOS sensor with STARVIS back-illuminated pixel tech. These two combine to produce better video feeds in all sorts of lighting conditions. These range from dimly lit rooms to harsh backlighting.

The video feed from the Razer Kiyo Pro also goes up to Full HD and 60fps. There’s also a HDR 30fps mode that further helps with harsh backlighting. It also offers 103, 90, and 80-degree fields of view, the former for groups of people sharing one webcam. It also has an omni-directional stereo microphone array for that. 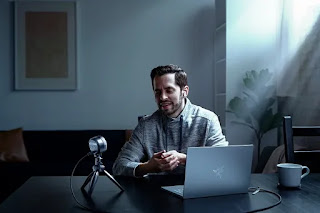 Another feature of the Kiyo Pro is the multitude of mounting options. You can clip it on your monitor, or mount it on a tripod to be placed on a desk. That being said, that latter is not included when you buy webcam.

The Razer Kiyo Pro is available for RM1149. You can get it now from the company’s online store, linked below.