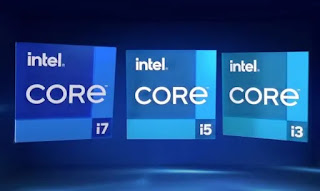 It appears Intel’s rusty pipes and plumbing woes have sprung a new leak on its upcoming 11th Gen Rocket Lake-S CPU lineup. The most recent leak seemingly laying the performance of its supposed Core i9-11900K bare on CPU-Z.

According to Videocardz, the CPU-Z benchmark lists down the single-threaded performance of the 11900K. Specifically, the top-tier Rocket Lake-S processor achieved a score of 719 points, while achieving a clock speed of 4.7GHz on all cores. Also important to note is that the score was obtained with the CPU running at stock settings.

Additional details indicate that the 11900K was paired with an ASUS ROG Maximus XII Extreme. For the uninitiated, that is one of ASUS’ high-end motherboard based on its Z490 chipset that Intel has promised will be backwards compatible with its Rocket Lake-S desktop CPUs at launch. With a firmware update, of course. 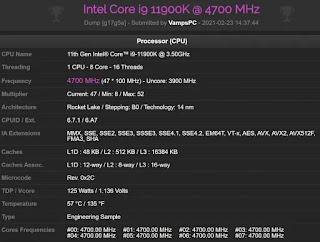 As a quick primer, Rocket Lake-S is expected to be the last generation of CPUs to be based on Intel’s already archaic 14nm process node, which is to be replaced by the chipmaker’s new 10nm Enhance SuperFIN process that already made its debut with its Tiger Lake mobile CPUs.
at February 23, 2021
Email ThisBlogThis!Share to TwitterShare to FacebookShare to Pinterest
Labels: 716Points, Achieves, Benchmark, Corei9-11900K, CPU-Z, in, Intel, Reportedly, Single-Thread