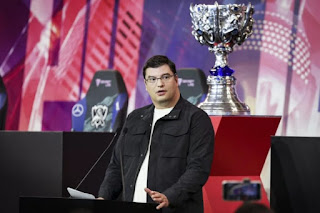 Nicolo Laurent, Riot Games CEO, seems to have caught himself a nasty case of unbecoming conduct. The man has been slapped with a lawsuit from a former employee, who alleges that Laurent abused his power against her while still working at the studio.

Sharon O’Donnell, the former executive assistant at Riot Games, joined Riot Games back in 2017 and claims in the lawsuit that she was “wrongfully terminated” back in 2020. During her employment, she claims that Laurent made sexual advances towards her.

The lawsuit also tells of one incident where Laurent invited her to travel with him and even work with him at his home, making it very clear that his wife wouldn’t be present. To make matters worse, he even asked her if she could “handle him when they were alone at his house”. 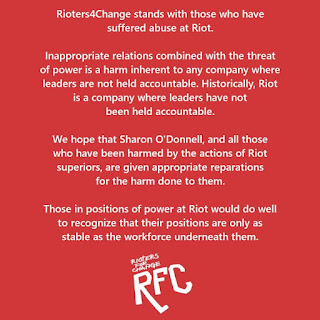 In response to Laurent’s actions, O’Donnell did what any employee would do in such situations and filed a complaint to Riot Games’ HR department. Unfortunately for her, it had an adverse effect for her and was soon asked to leave shortly after.

It should come as no surprise that Riot Games is no stranger to sexual harassment allegations and lawsuits. In 2018, an investigation published by Kotaku revealed the game company’s treatment and workplace culture towards women, which ended with US$10 million (~RM40.6 million) out-of-court settlement between Riot Games and its accusers. 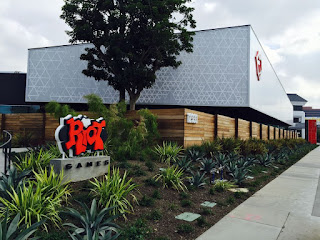 In response to the O’Donnell’s lawsuit, Riot Game issued a statement, stating that Laurent was now being internally investigated, but until a decision has finalised, the League of Legends and Valorant studio is still maintaining a status quo with their everyday task.
at February 11, 2021
Email ThisBlogThis!Share to TwitterShare to FacebookShare to Pinterest
Labels: Alleging, Ceo, GenderDiscrimination, Hitwithlawsuit, RiotGames, SexualHarrassment