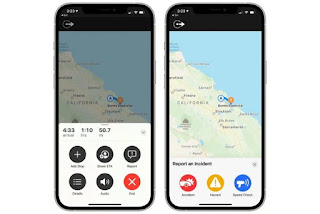 When you think of navigation apps having the option to report accidents or speed traps, Apple Maps is usually not the first name that comes to mind. That honour goes to Waze, and more recently, Google Maps. But the iPhone maker is looking to change that.
In iOS 14.5 beta, Apple Maps gives users the ability to report accidents, hazards and speed traps along your route. Though for now, it only works in the US. Siri tells you this when you begin your journey for the first time. And you do so by swiping up on the navigation interface and tapping the report button. 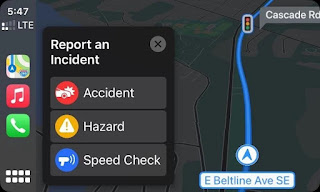 Alternatively, you can say “Hey Siri, there’s an accident” while navigating. This feature also works with CarPlay, which is probably the safer way to use it.

According to reports on Reddit, not everyone on iOS 14.5 beta in the US is getting access to the feature. This may mean that for the beta version, who gets access to the new feature may be a server side thing. It also remains to be seen if the feature will be available outside of the US once the new version of iOS leaves the beta stage.