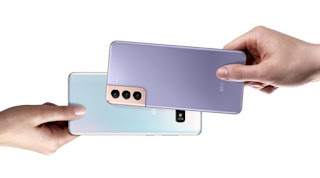 In just weeks after it was first officially revealed to the world, the Samsung Galaxy S21 Series has made its way into Malaysia. Samsung is currently offering several freebies to help entice consumers to adopt its new flagship devices but there is also an additional benefit for those who want to move from older phones to the new Galaxy S21 Series.
Specifically, consumers can slash down the price of their Galaxy S21 Series devices by trading in their old device through the Samsung Trade-Up Program. Held in cooperation with CompAsia, the amount of discount that they able to get mainly depends on the device itself as well as its condition. 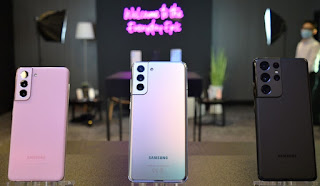 For those that owned any of the Galaxy S10 Series devices, they can expect maximum trade-in value of between RM 1,200 to RM 1,375. Aside from Samsung and Apple, the program also accepts selected Huawei, HONOR, OPPO, and Vivo phones. 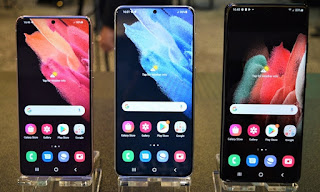 In case you wondering, customers that choose to trade-in their old phone for the new Galaxy S21 Series devices are also eligible for the launch freebies which come in the form of Galaxy Fit2, Galaxy SmartTag, and Wireless Charger Trio. Since we are still in MCO 2.0 period and also the fact that Samsung Trade-Up Program is only available at Samsung Experience Stores as well as participating retailers, you may want to call your chosen store first before making your way there.
at February 03, 2021
Email ThisBlogThis!Share to TwitterShare to FacebookShare to Pinterest
Labels: 815, Discountsupto, GalaxyS21, Offers, Program, RM4, Samsung, Trade-up