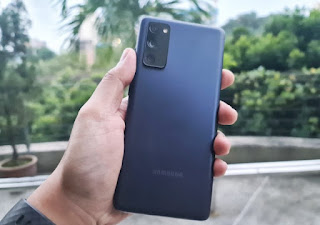 With the arrival of the Samsung Galaxy S21 Series earlier this year, one may expect that the models from its successor can be obtained at a lower price point. That is indeed the case with the Galaxy S20 FE 5G which was originally released in Malaysia in October last year.
The phone arrival in our market was received with quite a fanfare as it was the only Qualcomm Snapdragon-based Galaxy S20 model that was released in Malaysia while the rest of its sibling were equipped with the Exynos processor. Powered by Snapdragon 865, the Galaxy S20 FE 5G also features a 6.5-inch Super AMOLED Full HD display with 120Hz refresh rate. 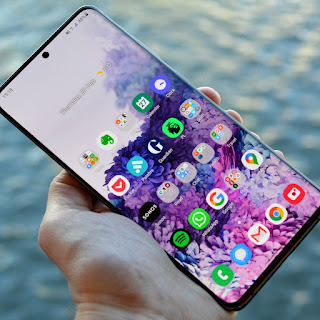 Samsung has also equipped the phone with a 12MP main camera alongside another 12MP ultra-wide camera as well as an 8MP telephoto camera with 3x optical zoom and 30x digital zoom capabilities. On the front, there is also a 32MP selfie camera.

In addition to having 8GB of RAM and 256GB internal storage, completing its general specifications is a 4500mAh battery that supports fast wired and wireless charging with a power rating of up to 25W and 15W respectively. The Galaxy S20 FE 5G is also able to deliver reverse wireless charging output up to 4.5W. 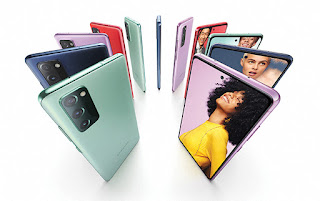 When it was released in Malaysia five months ago, the phone command a price tag of RM 3,399 but now you can obtain it for RM 400 off at RM 2,999. Alternatively, you can also choose to get the LTE variant of Galaxy S20 FE which has also received a price cut from RM 2,699 to RM 2,299 but still couldn’t beat the rather odd RM 2,099 deal back in January.
at February 20, 2021
Email ThisBlogThis!Share to TwitterShare to FacebookShare to Pinterest
Labels: 5g, GalaxyS20FE, Price, Reduce, Samsung