Australia Announces That Facebook Has ‘Tentatively Friended Us Again’ 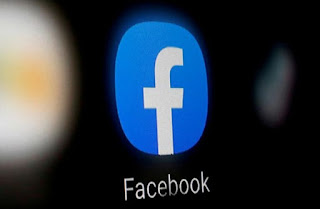 Australian Prime Minister Scott Morrison announced that Facebook has returned to the negotiating table with the government, Reuters reported. Earlier this week, the social media giant abruptly blocked all Australian users from posting or sharing news content on its platform over pending legislation that would force it to pay local media outlets.
At the time, Morrison lashed out at Facebook, calling the company “arrogant” and insisting that his government would not be “intimidated”, The Independent said. Now, tempers seem to have cooled. Morrison told a news conference today that Facebook has “tentatively friended us again” and said that he was “pleased” that the social media giant was back at the negotiating table.

Reuters noted that Facebook hasn’t publicly changed its stance against the proposed media law, which is expected to pass the Australian Parliament soon. So, it’s not clear what, if any, progress both sides have made towards resolving this conflict.

By dramatically blocking news content, Facebook has taken a very different tack than Google, which also opposed the legislation. Over the past few days, Google has been making pay-for-news deals with major news outlets, including Rupert Murdoch-owned News Corp and Australia’s Seven West Media.

And Facebook’s troubles aren’t unlikely to end in Australia. Canada is also determined to make Facebook pay for news, and is considering adopting the Australian model.

“I suspect that soon we will have five, 10, 15 countries adopting similar rules … is Facebook going to cut ties with Germany, with France?” said Canadian Heritage Minister Steven Guilbeault, according to Reuters. He asserted that at some point Facebook’s approach would become “totally unsustainable”.