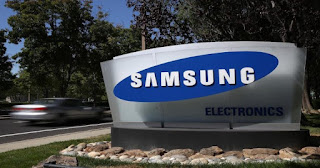 Samsung might be hitting a small, rough patch. For the last quarter of 2020, the conglomerate registered a decline in its mobile business, and its reported net profit fell short of market expectations. Samsung might be a bit desperate for good news – the company’s de facto leader was recently sentenced to prison, and chief rival Apple just posted better results.
Samsung’s mobile business sales dropped by 11% in Q4 2020, reported CNET. And while the firm as a whole remains in the black – registering 6.45 trillion won (~RM23.3 billion) in net profit – Bloomberg said the quarterly figure was below the 7.3 trillion won (~RM26.3 billion) average of estimates it compiled.
Samsung attributed its less-than-spectacular results to a stronger won, which hurt its exports. On the mobile front, the company blamed the decline on “intensifying competition and higher marketing expenses,” but was quick to point out that it still kept a double-digit profit margin.

The company expects overall profit to weaken in the first quarter of 2021, but it also expects its recently launched Galaxy S21 flagship to pick up the slack and drive growth on its mobile side. The success that Apple has had with its iPhone 12 lineup is surely uncomfortable for the South Korean smartphone maker.

To make things worse, Lee Jae Yong, the de facto head of Samsung, was recently sentenced to prison for bribery by a South Korean court. Not only a PR nightmare, Lee’s sentence could leave a gaping leadership vacuum at the very top of Samsung right when the company needs to innovate and turn things around.