Twitter Says Trump Is Permanently Banned, Even If He Runs For President Again 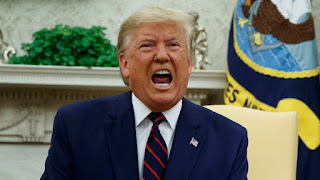 Twitter has confirmed that Donald Trump will never ever, ever return to the platform – even if he runs for the presidency again. The permanent, irrevocable loss of his Twitter privileges is a huge blow to the former US President who arguably owes his improbable rise in politics to the platform.

He added, “Our policies are designed to make sure that people are not inciting violence, and if anybody does that, we have to remove them from the service and our policies don’t allow people to come back.”

To be sure, there was some ambiguity as to the length and permanence of Trump’s exile from Twitter when he was “permanently suspended” for inciting violence against the US Congress. “Suspended” implied he could be unbanned at some later point.

According to the company’s own explanation, “permanent suspension” is its “most severe enforcement action”, but those suspended may still appeal the decision. It’s not clear if Trump filed an appeal, or if an appeal would even be entertained at this point.

Regardless, Twitter put all that to bed today – Trump isn’t coming back, period. And the company isn’t too concerned about possible blowback from Trump fans on the platform. “We’re a platform that is obviously much larger than any one topic or any one account,” Twitter CEO Jack Dorsey said on the company’s latest earnings call, according to CNBC.