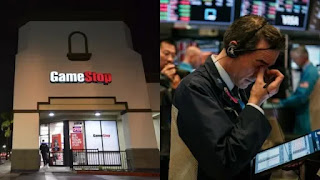 A US cyber security company found that bots on Facebook, Twitter, Instagram, and YouTube fanned the flames of a stock-buying frenzy that took Wall Street by storm, Reuters reported. At the end of last January, small-time investors famously joined forces to push the shares of ailing video game retailer GameStop through the roof.

The event was mostly attributed to Redditors using a sub-Reddit called “WallStreetBets” to promote the buying of GameStop stocks. Last month, Reddit CEO Steve Huffman told the US Congress that bots didn’t play a “significant” role in GameStop-related activity on Reddit.

Meanwhile, cyber security firm PiiQ Media found that things were different on other major social media platforms. The firm examined posts on Facebook, Twitter, Instagram, and YouTube dated right before the buying frenzy through the middle of February. In particular, it looked for keywords like GameStop’s stock symbol “GME” and “Hold the Line”. 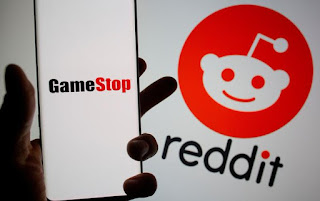 From all that, the company managed to uncover predictable day-to-day patterns for GameStop-related content – posts will appear at the beginning of a trading day, and you’ll see a lot of them at the day’s end.

“We saw clear patterns of artificial behaviour across the other four social media platforms. When you think of organic content, it’s variable in the day, variable day-to-day. It doesn’t have the exact same pattern every day for a month,” said PiiQ CTO Aaron Barr.

It’s hard to say how influential these bots were during the GameStop buying spree, and Barr told Reuters that PiiQ didn’t analyse Reddit data. Bots have become a major concern in the US since 2016 when Russian bots reportedly spread misinformation in favour of former US President Donald Trump.