Discord Considers Selling Itself For US$10 Billion 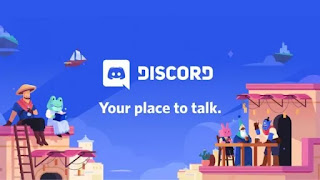 Thanks to the COVID-19 pandemic and the various lockdown-esque measures worldwide, gaming is bigger than ever before. And Discord, being the go-to messaging and voice chat app, has grown to be just as important. Which is probably why the company is going through a sales process that could see it being sold for US$10 billion (~RM41.16 billion).
Sources to GamesBeat claim that multiple companies have expressed interest in acquiring Discord. The company started exploring its options following that. And now, the company behind the app is in its final negotiations with a potential buyer. According to Bloomberg, that company may well be Microsoft.

Normally, with an acquisition, users would worry if the identity of an app will change to suit the new owner. This may not quite be the case for Discord. In fact, it may ultimately not even be sold if it deems that the new owner will forcibly make it do something it doesn’t want to.

The GamesBeat report notes that Discord co-founder and CEO Jason Citron previously founded OpenFeint. This would then be acquired by GREE for US$104 million (~RM428 million) in 2011. But the new owner will eventually shut down the service. And this is likely something that Citron wishes to avoid with Discord. In fact, Citron turned down a number of offers back in 2018, because buyers wanted Discord to do things that it didn’t want to, like advertising.

So ultimately, Discord users will likely have nothing to fear about their reliable voice chat application changing. Its co-founder and CEO seems to value its identity as a communications software above the allure of money. So even if it does get a new owner, it’s unlikely that the voice chat app will become something unrecognisable to its users.

at March 25, 2021
Email ThisBlogThis!Share to TwitterShare to FacebookShare to Pinterest
Labels: Considers, Discord, for, Itself, Selling, US$10Billion