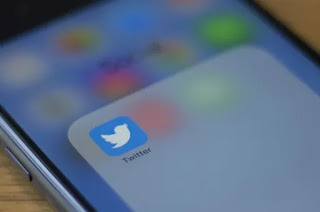 A man based in Malaysia just bought the first ever post on Twitter for over US$2.9 million (~RM11.9 million), Reuters reported. The post by Twitter co-founder and CEO Jack Dorsey went live 15 years ago in March 2006 – when George W. Bush was still US president – and read “just setting up my twitter.”
The buyer was identified as Sina Estavi, whose Twitter profile indicated that he was based in Malaysia and is CEO of blockchain company Bridge Oracle. The company’s Twitter profile in turn showed that it was located in Kuala Lumpur. When asked about the purchase, Estavi told Reuters he was “thankful”.

The tweet was bought as a non-fungible token (NFT), which is kind of like a digital version of a collector’s item. Blockchain technology is used to verify and ensure that the asset – whether it be an image, video, or in this case, a tweet – is one-of-a-kind and cannot be duplicated.

For better or worse, NFTs have skyrocketed to massive popularity in recent times. According to Business Insider, a digital rendition of the famous Nyan Cat meme recently sold for around US$590,000 (~RM2.4 million).

In this case, Dorsey’s tweet was bought using the Ether cryptocurrency for 1630.5825601 ETH – equivalent to over US$2.9 million at the time of sale – on a tweet-trading platform called Valuables. 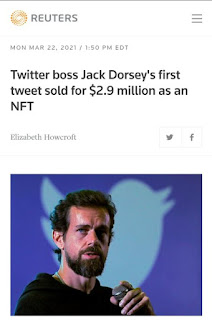 Naturally, detractors will question its actual worth and/or speculate if it’s all just a publicity stunt. But posting on Twitter, Estavi compared the first tweet to Leonardo da Vinci’s Mona Lisa painting, saying people will appreciate its true value years later.

Dorsey had auctioned the tweet for charity and so the proceeds will go to GiveDirectly – a nonprofit helping with COVID relief in several African nations.

at March 25, 2021
Email ThisBlogThis!Share to TwitterShare to FacebookShare to Pinterest
Labels: BasedMan, Ever, First, for, Just, Malaysia, Paid, RM11.9Million, The, Tweet