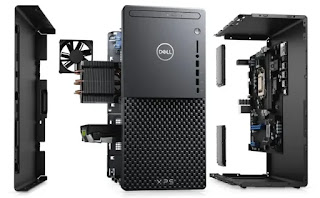 Aside from Alienware Aurora R12, Dell has also confirmed that there will be another desktop model that is already on its way to Malaysia with the newly announced 11th Gen Intel Core processors, codenamed Rocket Lake-S. Once again, it will not be an all-new model though but instead, the model is actually a refreshed variant of XPS Desktop.
While we will only know the full specs list once the model is listed on Dell Malaysia’s website towards the end of this month, the refreshed XPS Desktop can be fitted with up to Intel Core i9-11900KF. The general global specs sheet also listed graphics option of up to NVIDIA GeForce RTX 3070 although if you prefer to have an AMD graphics card instead, the option is somehow limited to Radeon RX 5700 XT. 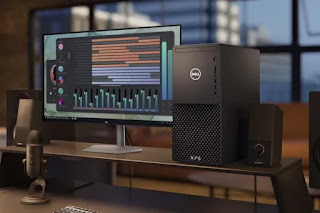 Other than that, the XPS Desktop can also support up to 2TB PCIe NVMe M.2 solid state drive and 2TB 7200rpm SATA hard drive. Together with the ability to support Wi-Fi 6, the model could also be fitted with a power supply unit of up to 500W depending on markets and hardware configurations.

In Malaysia, the base model comes with an 11th Gen Intel Core i5 chip alongside 8GB of RAM, 512GB SSD, and GeForce GTX 1650 SUPER graphics card for RM 3,699. We will keep you posted once the refreshed XPS Desktop appears on Dell Malaysia’s website, so stay tuned.