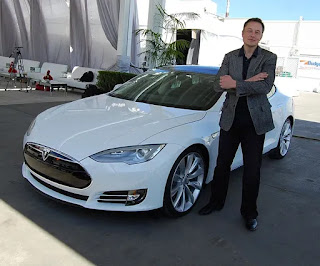 Tesla boss Elon Musk denied that the company’s cars, which come installed with cameras, are used for spying on the Chinese government or spying in general, Reuters and the BBC reported. His remarks, delivered to a major Chinese business forum via video link, come as the US government and US companies are increasingly accusing Beijing of cyber espionage.
Reuters earlier reported that China had banned Tesla vehicles from military facilities in a move reminiscent of US restrictions on Huawei. On notices about the new directive, the Chinese military apparently cited security concerns about the cameras installed on Tesla cars.

“There’s a very strong incentive for us to be very confidential with any information,” Musk said, according to Reuters. “If Tesla used cars to spy in China or anywhere, we will get shut down.”

According to BBC, he also questioned the point of spying. “Even if there was spying, what would the other country learn and would it actually matter?” Musk said.

Tesla made history in 2018 when it got approval for its Shanghai plant, making it the first foreign carmaker to have a wholly owned factory in China. Last year, the country contributed 30% of its total global car sales.

Unsurprisingly, Musk – a well-liked celebrity in China – called for greater mutual trust between China and the US. That’s probably a tall order, given that both countries are effectively engaged in what some would call as the “Second Cold War”.

In the meantime, Washington is ramping up restrictions on Chinese companies in the wake of a massive cyber breach blamed on China. And it looks like Beijing might be following suit.

at March 25, 2021
Email ThisBlogThis!Share to TwitterShare to FacebookShare to Pinterest
Labels: Are, Cars, China, Claims, ElonMusk, for, on, Rejects, Spying, Telsa, That, Used