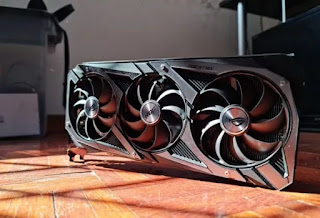 Back in February, NVIDIA made two announcements in relation to the renewed cryptomining craze. The first was the launch of its Cryptocurrency Mining Processor (CMP) GPU, made specifically for cryptomining. The second was that it was limiting the hashrate of Ethereum mining for the RTX 3060, a pledge that has already been thwarted by GPU miners.
Unfortunately for NVIDIA, its anti-mining algorithm for the RTX 3060 are still actively being rubbished by GPU miners, with their most workaround the GPU brand’s Ethereum mining limiter being an HDMI dummy plug that can easily be procured from online stores.

For the uninitiated, NVIDIA’s anti-mining algorithm is designed to nerf the hashrate for Ethereum mining for all RTX 3060 cards. However, and for reasons still unknown, the company later released a GeForce beta driver that disabled the limiter within the algorithm, albeit still with some restrictions in place, in the form of parameters. 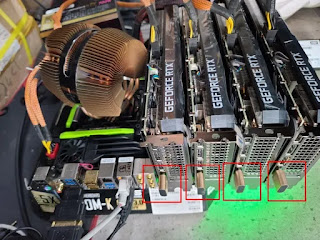 First, the motherboard that holds the RTX 3060 must have a PCIe 3.0 x8 interface as a minimum, which is pretty much any motherboard within the last six to seven years. The second parameter requires a monitor to be connected RTX 3060 via the onboard HDMI or DisplayPort output.

Bypassing the first parameter is clearly simple enough, and as we mentioned earlier, it didn’t take long for the GPU miners to realise that, while the driver is able to detect when a monitor is connected via the ports, it is unable to differentiate the difference between a real monitor or the dummy plug. To add insult to injury, the plugs themselves are cheap and go for around US$6 (~RM24) per unit. 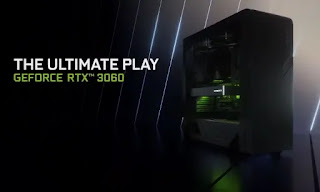 As shown by one user from Quasar Zone, the workaround enabled him to run a four-card RTX 3060 setup, with each card able to mine Ethereum at an average of 48MH/s, bringing the total hashrate to 192MH/s. In terms of profitability, that’s a monthly average of US$562 (~RM2318).
at March 25, 2021
Email ThisBlogThis!Share to TwitterShare to FacebookShare to Pinterest
Labels: Bypass, Cheap, DummyPlug, GPU, HashRate, HDMI, Limiter, Miners, NvidiaGeforceRTX3060, With