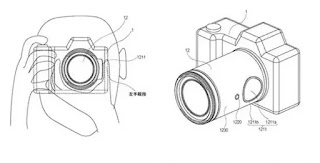 As seen with a previous patent that was unveiled in December 2020, Canon is not afraid of exploring new technologies to redefine photography, as well as its own cameras. This time around, a new patent has revealed yet another seemingly daring take by the camera maker to replace traditional approaches with a more modern twist.
In a report by Japanese website Digital Camera Info, the recently discovered Canon patent showcases an interchangeable lens which features a large circular touchpad on its side. From what is explained in the patent’s description, the touchpad functions as a mechanism that allows the photographer to manually focus on subjects – basically replacing the traditional focus ring altogether.

The component is able to detect touch operations performed clockwise and counterclockwise at a variety of speeds. Needless to say, these motions represent the process of focusing in or out. 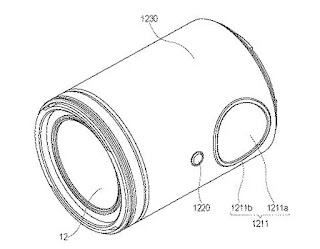 It remains to be seen whether or not this approach is actually practical for photographers. While the previous shutter-touchpad patent revealed that it is capable of identifying different touch inputs that may represent a variety of commands, this particular innovation – on the other hand – is shown to only handle basic focusing functions and nothing else.

Much like the shutter-touchpad, this new approach for interchangeable lenses will likely not sit well with most photographers due to its reliance on touch-based tech to replace traditional mechanisms. Fortunately, as with most patents, there’s also a chance that Canon’s unnecessary attempt of reinventing the wheel may not see the light of day.