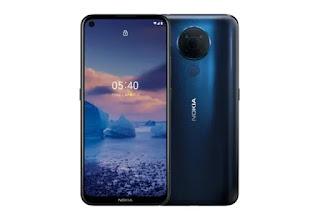 Almost three months after its debut in Europe, the Nokia 5.4 has now made its way to Malaysia. Its availability in our market was confirmed earlier today by HMD Global’s partner in Malaysia, Macpie Distribution.
In general, the Nokia 5.4 brings together several upgrades over its predecessor that was released last year, the Nokia 5.3. For example, the new model is equipped with a 48MP main camera and 16 MP selfie camera as compared to its predecessor which features a 13MP main camera alongside an 8MP selfie camera. 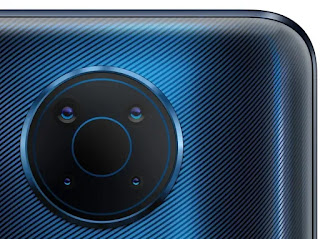 The Malaysian variant of Nokia 5.4 is also equipped with 128GB internal storage which is double the amount of storage space in Nokia 5.3. At the same time, HMD Global has also retained plenty of features from the older model for the new phone including HD+ display, 5MP ultra-wide camera, 2MP macro camera, 4GB RAM, and 4000mAh.

On another hand though, the Nokia 5.4 is powered by Qualcomm Snapdragon 662 instead of Snapdragon 665. Although this may not look so obvious at a glance, the new phone also has a smaller 6.39-inch display as opposed to Nokia 5.3’s 6.55-inch display.

Price-wise, the new Nokia 5.4 goes for RM 899 and readily available through Nokia Mobile’s official stores on Lazada as well as Shopee. Alternatively, customers can also obtain the new phone directly from Macpie Distribution through its e-store right there.
at March 04, 2021
Email ThisBlogThis!Share to TwitterShare to FacebookShare to Pinterest
Labels: 5.4, in, Malaysia, Nokia