Outriders Will Brand Cheaters Rather Than Ban; Restrict Matchmaking 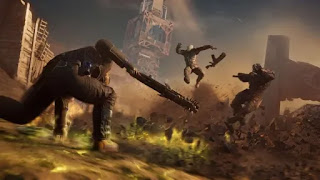 Cheating is always a problem for online games, and especially on PC. Outriders devs at People Can Fly have an interesting solution to this problem. And surprisingly, it does not involve banning.
In a dev update posted on Steam, the dev team details its policy on cheating and hacking after the expected Day 1 patch notes. In it, the Outriders devs say that anyone identified to be a cheater will be branded as one. The brand will appear discreetly in the cheater’s HUD like a watermark. This will allow clips or screenshots they upload to be easily identifiable. Matchmaking will also be limited, so identified cheaters will only be able to play with other cheaters. 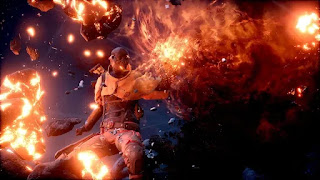 Once the full game is released on 1 April, the branding will also be permanent across the account. If a cheater got caught during the demo but wants to start the game clean, then they’ll have to wipe all their characters and items across the account.

While limited matchmaking is a common punishment for cheaters, the Outriders approach of branding sounds novel. And it may work for the kind of cheaters who do so in the name of clout chasing. And since there’s no PvP, there’s little other incentive to cheat, other than some convoluted PvE method of griefing your teammates.

at March 30, 2021
Email ThisBlogThis!Share to TwitterShare to FacebookShare to Pinterest
Labels: Ban, Brand, Cheaters, Matchmaking, Outriders, Rather, Restrict, Than, will