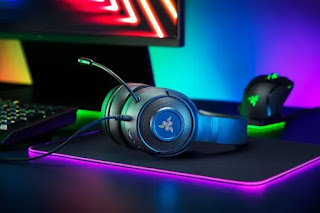 Razer has unveiled a new addition to its gaming headsets with the new Kraken V3 X. Inspired by the brand’s best selling Razer Kraken X model, the new headphones is promised to offer improved comfort for prolonged use and features upgraded audio drivers.
The Kraken V3 X is equipped with the same TriForce 40mm drivers that are featured on the eSports oriented BlackShark V2 headsets. Consisting of 3 separate parts, each audio driver focuses on high, mid and low audio frequencies which, the gaming firm claims, offers “richer trebles, brighter sound and more powerful bass”. Complementing it is 7.1 Surround Sound support for added immersion.

Being a gaming headset, you can expect the new Kraken to also feature an obligatory microphone for team communication or voice calls. Featured onboard is the brand’s HyperClear Cardioid Mic which offers “greater speech pickup” and noise cancellation. 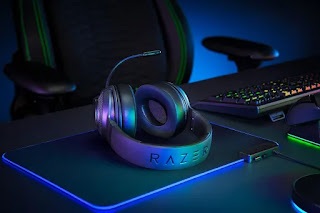 Design-wise, the new headset looks similar to the original Kraken X; featuring hybrid fabric and memory foam for its ear cushions, soft padding on its headband and a light weight at only 285g. For improved comfort, Razer says that the V3 X applies “just the right amount of force” for a measured, firm and comfortable fit. 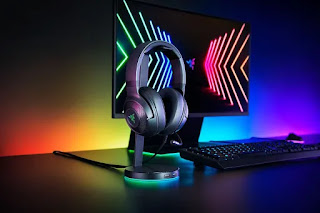 Other than that, the new gaming headphones features a mute button and volume slider underneath its left earcup, and – as with most Razer products – comes with the brand’s Chroma RGB lighting. Attached to the device itself is a 1.8m long USB-A cable.

The Kraken V3 X is available via Razer’s official website and is priced at RM399.