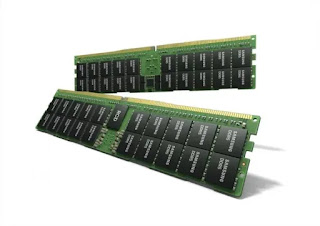 Samsung officially announced that it has expanded its DDR5 RAM portfolio with the development of its first 512GB DDR5 memory module. Not only that, the memory module was also developed using the High-K Metal Gate (HKMG) process technology.
In terms of performance, Samsung says that the 512GB DDR5 module is capable of delivering u to 7200Mbps of raw power and is perfect for extreme computing tasks, including high-bandwidth workloads in supercomputing, AI, machine learning (ML), as well as data analytics.

To break it down even further, Samsung’s 512GB DDR5 module is comprised of the Korean tech giant’s latest 16Gb DDR5 memory devices that use high-k materials instead of the traditional insulators. This is done so as to lower the leakage of current and as a result, Samsung says that the 512GB DDR5 consumes approximately 13% less power than its predecessor. 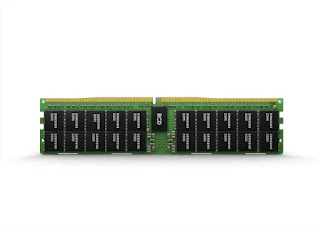 It should come as no surprise that this isn’t Samsung’s first time using the HKMG process technology. Back in 2018, the company used the same technology to develop the GDDR6 memory standard that we now find in GPUs by NVIDIA and AMD.

Samsung says that it is currently sampling different variations of its 512GB DDR5 memory to customers for verifications and certification. On that note, if you’re a general consumer aiming for this, don’t get your hopes up: as we said, the new memory format is designed with the purpose of accelerating AI and ML processes, exascale computing and analytics in mind. Therefore, it is unlikely that this memory module will be hitting the mainstream market.