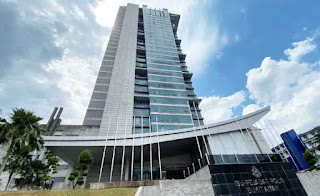 Royal Malaysia Police (PDRM) recently announced the establishment of a one-stop centre under the Commercial Crime Investigation Department (CCID) in order to address the increasing amount of phone scam cases in Malaysia.
Based on the statement released by the Director of CCID, CP Zainuddin Yaacob, 6,003 phone scam cases have been reported in 2020 and up till 24 March 2021, PDRM has already received 1,392 phone scam reports which involve a total loss of over RM 38,000. The authorities saw this as a very worrying trend and believe that it is something that needs to be handled swiftly. 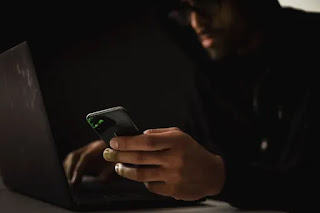 For those who aren’t familiar with phone scams which authorities love to refer to as the Macau Scams, the perpetrators would usually trick their victims by making them believe that the scammers were officers from the PDRM, Royal Malaysian Customs, Bank Negara Malaysia, and other related government agencies as well as financial institutions. They would then trick the victims to transfer money for various reasons including fake summons, outstanding loans, and courts cases.

In operation since 15 February 2021, the new CCID Scam Response Centre allows the public to seek clarification regarding phone scams cases directly from the department. This includes obtaining verification whether the call that they have received really came from related authorities, government agencies, and financial institutions. 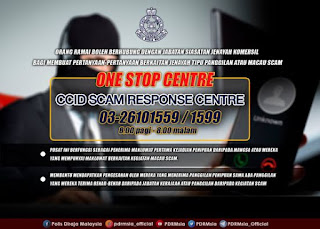 Members of the public are also welcome to provide relevant information regarding scam attempts that they may have experienced themselves including phone numbers or bank accounts that have been provided by the perpetrators. Opens daily from 8:00 AM till 8:00 PM, you can reach out to CCID Scam Response Centre by calling 03-2610 1559 or 03-2610 1599.
at March 30, 2021
Email ThisBlogThis!Share to TwitterShare to FacebookShare to Pinterest
Labels: CCID, Centre, Cut, Launches, PDRM, Phone, Response, Scam, Scams, to