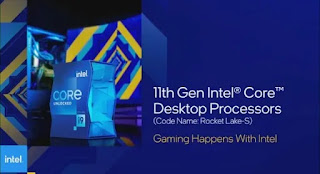 Intel’s flagship 11th generation CPU, the Core i9-11900K, is set to launch next week but, unsurprisingly, some overclockers are already in possession of some sample units to poke and prod. In the case of one overclocker, they managed to push the CPU to a whopping 7GHz.
The overclocker, who goes by the name “Rog-Fisher”, posted their achievement on the CPU-Z Validation site, which they clearly and successfully achieved via the use of liquid nitrogen. Specifically, they managed to push the 11900K’s boost clock from 5.3GHz (with Intel’s TVB) to 7047.88MHz or 7GHz as a round-off. To get to that point, Rog-Fisher also had to bump up the voltage to an eye-watering 1.873V.

It comes as no surprise that Rog-Fisher isn’t the only one attempting to claim the overclocker’s throne for the 11900K; an Indian YouTube channel, PC Wale, recently posted a video of their own overclocking, but instead of 7GHz. They capped out at 6.5GHz and at a slightly lower voltage of 1.678V. What is interesting to note is that the PC Wale overclockers were using a custom XOC BIOS, which is also used by a prominent South Korean overclocker called SafeDisk.

Unfortunately, because the 11900K was supplied to PC Wale by Intel, they were unable to provide or show any benchmark results along with the LN2-attained frequencies. Guess we’ll just have to wait until 30 March to find out.