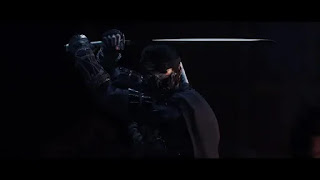 Ghost of Tsushima is a good game that I still can’t get over. John Wick is also a good movie series that I can’t wait to get more of. But it looks like the two are coming together in a really good way. The director of the latter will be directing a film based on the former.
Deadline reports that Chad Stahelski, the director of the John Wick movie series, will not only be directing, but also producing the Ghost of Tsushima film. This is done via the company 87Eleven Entertainment, alongside producers Alex Young and Jason Spitz. Naturally, Sony Pictures and PlayStation Productions will also be involved. After all, it’s one of the best PlayStation 4 exclusives out there. 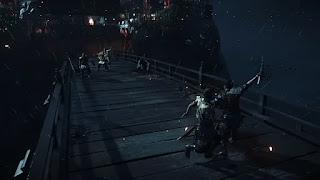 If you haven’t played Ghost of Tsushima, I urge you to do so. It centres around Sakai Jin, the sole survivor of his clan. He is also one of the few surviving samurai following the Mongol invasion of the island. In his quest to save the island, he will have to set aside his ways as a warrior, and fight in unconventional ways.

As far as stories go, Ghost of Tsushima serves as a really good base to work with. The movie can easily drop quests for acquiring skills and armor for a more streamlined plot. And with Ctahelski behind the proverbial wheels, it’s probably safe to expect action as good as that found in John Wick, which are among the best in the business. And now that the game is known worldwide, the movie may be the chance for their creators to adopt a more historically accurate take on the iconic Japanese swords.

at March 30, 2021
Email ThisBlogThis!Share to TwitterShare to FacebookShare to Pinterest
Labels: Adaptation, Be, by, Director, GhostofTsushima, helmed, johnwick, Movie, to