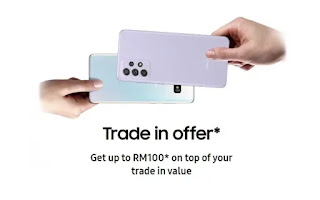 In conjunction with the recent release of Galaxy A32, Galaxy A32 5G, Galaxy A52, and Galaxy A72 in Malaysia, Samsung has also launched the Trade-Up program for them. The company has set up a similar program in the past but it was usually for its flagship series such as Galaxy S21, Galaxy Z Fold2, and Galaxy Note20.
So, it is rather interesting to see that there is also one for a mid-range release such as the Galaxy A Series. Not only that, the list of devices that the program accepts seemed to follow the theme as well since it consists of previous Galaxy A and Galaxy J devices. 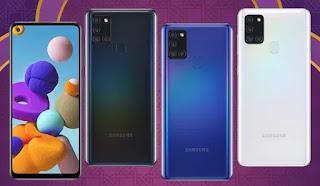 At the same time, Samsung is also offering up to RM 100 of additional discount on top of the trade in value. The program which is being held through cooperation with CompAsia does accept other devices that are not listed on the site too, so it seems possible for one to obtain substantial discounts for their new Galaxy A Series 2021 device through this Trade-Up program. 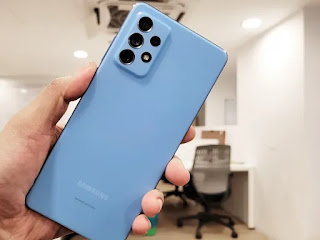 But of course, the final trade in value not only depends on the model of your device but also its condition. For more details, you may want to visit the nearest Samsung Experience Store or participating authorised retailers but don’t take too long though as the program will conclude on 30 April 2021.
at March 30, 2021
Email ThisBlogThis!Share to TwitterShare to FacebookShare to Pinterest
Labels: 2021, Extra, GalaxyA, in, of, Offers, on, Program, Rm100, Samsung, Series, Top, Trade, Trade-up, Value