Apple May Have A Rugged Watch In The Works 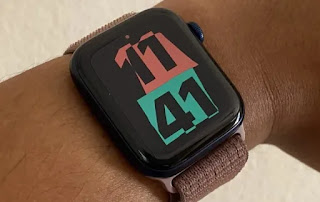 The Apple Watch sort of has sports editions, but these rarely differ from the base model beyond a sportier strap. But it looks like the iPhone maker may be considering a rugged watch for the outdoorsy folk. More specifically, it will be one with a rugged enough case to survive extreme environments.
Bloomberg reports that Apple is considering releasing a rugged watch either in late 2021 or some time in 2022. The ruggedness will come in the form of an impact resistant shell. This will be similar to what you’ll find on Casio G-Shock watches. The rubber shell will allow it to survive more extreme mishaps than the current metal materials. And it might be something that would appeal to those into more extreme activities like hiking.

Though this isn’t the first time the company has thought of making such a watch. And like the previous times, sources to Bloomberg say Apple may ultimately decide against it one more time. After all, the current version is already pretty popular with athletes.

The rugged version of the Apple Watch is known internally as the Explorer Edition. And should the company decide to actually release it, it will be another option in addition to the base and SE models.

at March 30, 2021
Email ThisBlogThis!Share to TwitterShare to FacebookShare to Pinterest
Labels: A, Apple, have, in, May, Rugged, The, Watch, Works