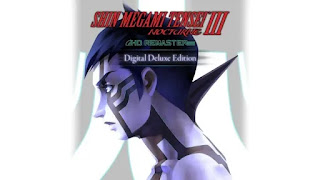 Hardcore JRPG fans would remember, or at least know of, Shin Megami Tensei 3 Nocturne. The game was set to gen a remaster, and now publisher Atlus has a date for when that will happen.
Shin Megami Tensei 3 Nocturne HD Remaster is, as the name suggests, a remaster of a classic for the new age. If you need a reminder as to which game this is, it’s the one where Dante from Devil May Cry 2 made a guest appearance. In fact, this may be the game that introduced many to the series. This is assuming they didn’t make their way backwards via its much more famous Persona spinoff subseries.

Though as you’d expect from modern games, this HD Remaster comes with standard and digital deluxe editions. The latter comes with quite a lot of extras. Among them is, unfortunately, the inclusion of Dante as a potential party member. Alternatively, his character can be replaced by one from another spinoff subseries, Raidou Kuzunoha from Devil Summoner.

Shin Megami Tensei 3 Nocturne HD Remaster is set to be available on 25 May for PC via Steam, PS4 and the Nintendo Switch. But getting the deluxe edition will let you play four days early. Prices vary quite wildly between the Steam and PlayStation Store versions though. On the former, the standard and deluxe editions are priced at RM229 and RM279 respectively. Though on the latter, these prices are RM179 and RM219.