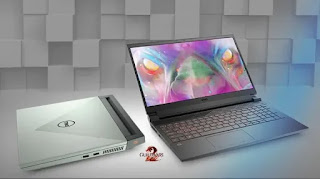 Dell generally has two gaming laptop groups under its wing with the premium segment being the Alienware m-Series while there is also the G Series which is being offered at a much lower price point. This exact reason made the newly revealed Dell G15 rather interesting.
This is because the G15 carries a new physical design that is skewed towards Alienware Legend design identity rather than what Dell has implemented on the current G Series. Just take a look at the laptop when put side-by-side with the Alienware m15 R4 which has just made its way to Malaysia recently:

Based on general specs alone though, the G15 seems to be positioned as an entry-level gaming laptop. According to the official websites of Dell China and Hong Kong which are the two initial markets for the new gaming laptop, it is equipped with Intel Core i5-10200H and NVIDIA GeForce GTX 1650 graphics alongside 15.6-inch 120Hz Full HD display.

When we reached out to Dell Malaysia, the company has confirmed that the G15 is expected to arrive in Malaysia sometime in April. The base model for our market will carry similar specs from China and Hong Kong that we mentioned above, alongside 8GB of RAM and a RM 3,799 price tag. 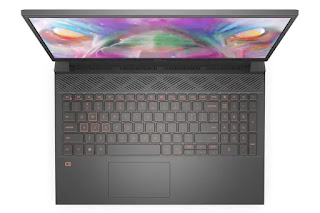 There are reports which said that the G15 will be made available with more powerful CPU options, RTX 30 Series graphics, and 360Hz panel but naturally, the full hardware options can only be known when the laptop goes live on Dell Malaysia’s website. We’ll keep you posted once that takes place, so stay tuned.
at March 21, 2021
Email ThisBlogThis!Share to TwitterShare to FacebookShare to Pinterest
Labels: April, coming, Dell, G15, Gaming, Laptop, Price, RM3799, Starts, This