If you listen to K-pop on Spotify, you may notice many of your favourite tracks are now gone. The company has since issued an official statement explaining why this is the case. And it all boils down to the expiry of its streaming license agreement with the distributor.
According to Korean outlet Yonhap News, a Spotify spokesperson said that its original licensing agreement with Korean music distributor Kakao M expires today, on 1 March. And with that, the former has to remove tracks distributed by the latter. The company also claims that it has been trying to renew the license, but couldn’t get to an agreement. 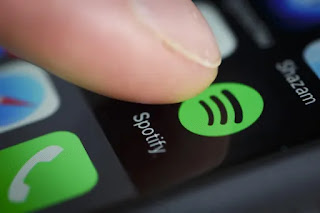 The company also notes that the license expiry has nothing to do with the fact that Spotify launched in South Korea just last month. And the launch puts it in direct competition with Kakao M’s own streaming service, Melon.

This is a massive hit for both fans of K-pop who use Spotify, and the company itself. Kakao M is a major distributor of music in South Korea. For reference, it distributed 37.5% of the top 400 songs in the country’s Gaon Music Chart. And this is just following the streaming service’s initial announcement of its upcoming HiFi subscription tier.