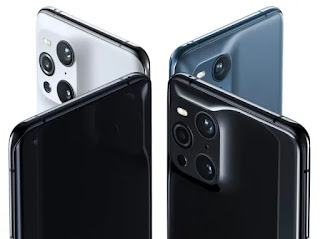 OPPO has officially announced that it will be launching the new Find X3 flagship series on 11 March – as previously suggested by leakster Jon Prosser last month. While the company only mentioned the Pro variant through its press release, it is rumoured that two other models will also be unveiled during the launch – namely the Find X3 Lite and Neo.
So far, OPPO has confirmed that the Find X3 Pro will feature the Snapdragon 888 chipset and its new Full-Path Color Management System for its display. In regards to the latter, the company says that the system is capable of supporting full DCI-P3 wide gamut and 10-bit colour depth, enabling for “authentic and accurate colour reproduction”.

On the unofficial side of things, earlier leaks suggest that the upcoming flagship phone may feature a 6.7-inch curved display with 1440p resolution and 120Hz refresh rate. Apart from the Snapdragon 888 SoC, it is said that the handset will come with a dual-cell 4,500mAh battery with 65W SuperVOOC 2.0 fast charging support. 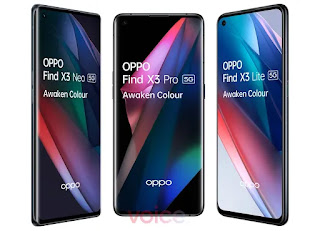 Photography-wise, the Find X3 Pro may feature a quad-camera setup housed within a square-shaped “hump” which somewhat blends seamlessly with its rear panel. It is suggested that the setup will comprise of two 50MP Sony-made sensors for its primary and ultra-wide cameras,  a 13MP telephoto with 2x optical zoom capability, and a 3MP macro camera with 25x microscopic zoom.

As for the other Find X3 variants; it is said that the Neo is actually a rebranded OPPO Reno5 Pro Plus, while the Lite is a rebranded Reno5 5G. To recap, the Reno5 Pro Plus comes with a 6.55-inch curved AMOLED display with 90Hz refresh rate, Snapdragon 865 chipset, 12GB RAM, 256GB storage, and a 4,500mAh battery with 65W SuperVOOC 2.0 fast charging support. Meanwhile, the Reno5 5G features a smaller 6.43-inch display with 90Hz refresh rate, Snapdragon 765G SoC, up to 12GB RAM and up to 256GB storage, as well as a 4,300mAh battery with the same fast charging support as the Pro Plus. 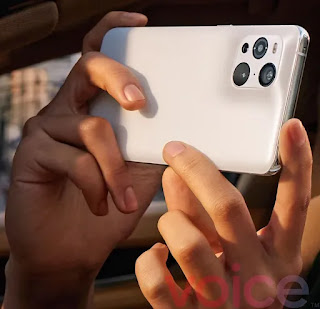 Keep in mind that the Find X3 Pro’s alleged design and specifications, as well as details regarding the Neo and Lite models are merely rumours at this time. Whether the leaks are authentic can only be determined once OPPO launches the new flagship series next week on the aforementioned date at 7:30pm local time via its official YouTube channel.
at March 02, 2021
Email ThisBlogThis!Share to TwitterShare to FacebookShare to Pinterest
Labels: 11March, Confirms, Find, on, Oppo, WillLaunch, X3Series