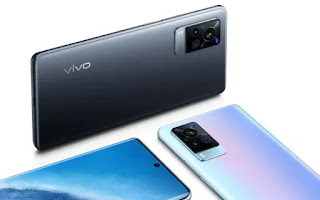 First launched in China last December, vivo today has begun accepting pre-orders for the new X60 and X60 Pro in Malaysia. As noted in our previous report, the Malaysian variant of both devices is equipped with Qualcomm Snapdragon 870 instead of Samsung Exynos 1080.
For starters, the X60 is equipped with a 6.56-inch Full HD+ AMOLED display which also has a 120HZ refresh rate and housed a 32MP punch hole selfie camera. On another hand, the X60 Pro also has a similar screen size, refresh rate and selfie camera as well but its display has curved edges which are missing from the standard X60. 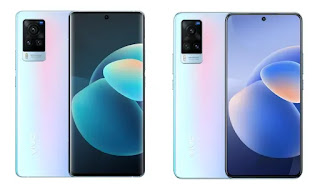 On the specs sheet, X60 and X60 Pro looked as if they have the same rear camera setup since both of them have a 48MP main camera as well as a 13MP telephoto camera and another 13MP ultra wide-angle camera that also acts as a macro camera. However, only the Pro model has a gimbal stabilizer for its main camera although all the rear cameras on both devices do come with Zeiss optics.

Somehow, vivo has decided not to include the 8MP periscope telephoto that was present in the Chinese variant of the X60 Pro to the unit meant for the Malaysian market. Meanwhile, both the standard and Pro version of the X60 Series devices in Malaysia are equipped with 12GB of RAM and 256GB internal storage as well as the support for 5G connectivity.

While both of them do support the 33W FlashCharge charger, the X60 carries a slightly larger 4300mAh battery as opposed to its Pro counterpart which has a 4200mAh battery instead. Price-wise, the vivo X60 can be obtained for RM 2699 while the X60 Pro goes for RM 3,299.

Available for pre-order from now until 26 March, vivo Malaysia provides additional freebies for the early adopters of the X60 Series devices through selected platforms. For example, vivo Malaysia’s own online store is giving away a robot vacuum while the brand’s official store on Lazada and Shopee is giving away an X8 smartwatch. 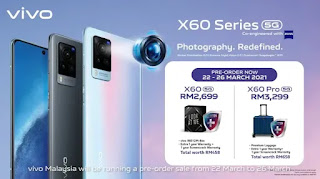 At the same time, the company is also providing the Protection Plus package which includes a 1-year extended warranty and a 1-year screen crack protection to all pre-order customers of X60 and X60 Pro. This regardless of whether they purchase these devices through vivo Malaysia’s official online stores, vivo concept stores, or participating dealers.

There is also a gift box and luggage bag but if you need further clarification, you can always reach out directly to vivo Malaysia through its official Facebook page.