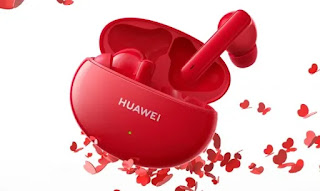 It seems that many brands believe that this week is a good time to introduce new products into our market including Huawei. The company has revealed that its brand new true wireless earbuds (TWEs), the FreeBuds 4i will be available in Malaysia this coming Saturday, 27 March.
At a glance, the FreeBuds 4i carries a brand-new physical design for its charging case which now looked much closer to its higher-end sibling, the FreeBuds Pro. Huawei claimed that the case would enable up to 22 hours of total playback time while on their own, the earbuds can deliver up to 10 hours although this is with the active noise cancellation (ANC) off. 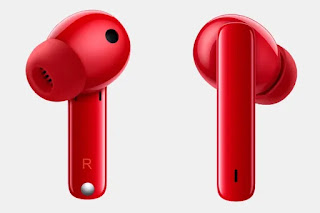 The FreeBuds 4i also comes with a quick charge feature that enables its earbuds to obtain 4 hours of playback time with just 10 minutes of charging time. As per many TWEs with ANC on the market right now, the new model from Huawei also features the Awareness mode that allows users to hear their surroundings.

In terms of internal components, Huawei said that each earbud is equipped with a 10mm dynamic coil driver that also has a polymer composite diaphragm, alongside two MEMS microphones with beamforming and AI noise reduction technology. At the same time, both earbuds also come with capacitive touch sensors that users can use to control playback, phone calls, and ANC/Awareness modes.

Price-wise, the Freebuds 4i goes for RM 379 although you can obtain it at RM 319 as Huawei is now giving out RM 60 discount voucher specifically for the new TWEs on its online store. However, do note that you need to grab and utilize the voucher by 31 March.
at March 25, 2021
Email ThisBlogThis!Share to TwitterShare to FacebookShare to Pinterest
Labels: ANC, As, Available, for, FreeBuds4i, Huawei, in, Low, Malaysia, RM319, tobe, With