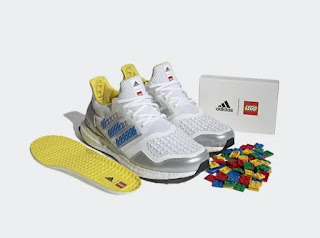 LEGO is a brand often associated with fun, creativity, and being the true adversary to our feet. As my colleague John puts it, “No one knows true pain until you step on a rogue LEGO brick.” In an aim to end that conflict once and for all by ensuring the coexistence of both feet and brick, Adidas has announced a new pair of running shoes under its Ultraboost DNA line, developed in a partnership with the Danish toy brand.

Jokes and exaggerations aside, the new footwear – known as the Adidas Ultraboost DNA x LEGO Plates – not only features the toy’s iconic studs as a design motif, but also 12 translucent two-by-six plastic slots on either side of each shoe which acts as Adidas’s recognisable three stripes. The latter enables you to attach multiple square LEGO plates under each stripe, allowing for a more personalised look.

The Adidas Ultraboost DNA x LEGO Plates running shoes itself are offered in a white colour scheme with silver accents, black soles, and an interior lining decked out in bright LEGO yellow. Meanwhile, the plates – which are available in blue, green, red and yellow colour choices – are also included along with the shoes. 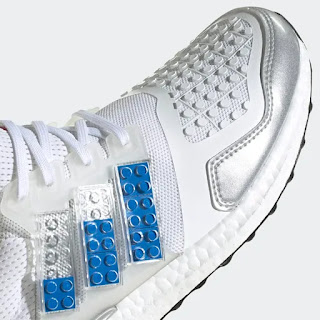 It’s worth noting that these kickers aren’t the first collaboration between Adidas and LEGO. Both brands previously released other LEGO themed footwear for kids, including those featuring the Danish toy brand’s own first-party IPs such as Ninjago and Dots. The new Ultraboost shoes are actually the second set from Adidas marketed towards teens and adults – the first being last year’s ZX 8000 LEGO limited edition. 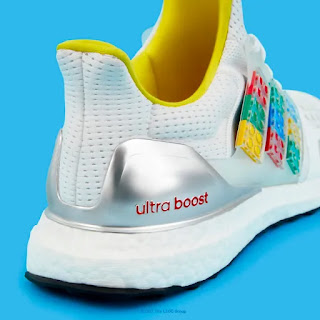 The Adidas Ultraboost DNA X LEGO Plates is slated to go on sale for US$200 (~RM827) in the US tomorrow, exclusively via the footwear brand’s official website. The shoes’ availability in Malaysia is still unconfirmed but not unlikely, seeing that the other Adidas x LEGO products are already locally available. 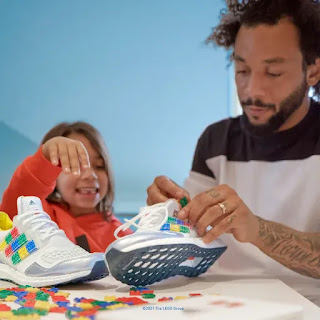 In other Adidas related news, it was recently revealed that the brand has partnered with Samsung to release a South Korea-only special edition of the tech giant’s Galaxy Buds Pro earbuds. Other than that, the shoe brand also released five different Cyberpunk 2077-themed X9000 running shoes last year.
at April 18, 2021
Email ThisBlogThis!Share to TwitterShare to FacebookShare to Pinterest
Labels: Adidas, Announces, At, DNAxLEGO, Plates, Retails, RunningShoes, Ultraboost, US$200