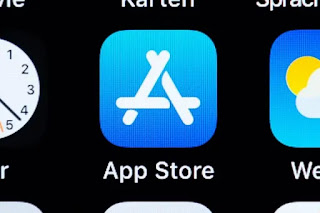 When it comes to reputation, the average person would think that Apple and its App Store is the safer choice for those who are not tech-savvy. That being said, it’s certainly not completely free of predators. They might not infect your device with malware. Instead, they might charge you absurd amounts of money for apps that don’t actually work.

App developer Kosta Eleftheriou alleges on Twitter that the app known as a Privacy Assistant: StringVPN is a scam app. And he points out a list of things with the app that are telltale signs of a blatant cash grab. And it’s quite the list, from a blank website to a fake email account provided to contact the maker of the app. Eleftheriou also claims that most of its positive reviews are paid for, and there are enough of them that the scam app got pushed to the Recommended by Apple list.

Then there’s the absurd charge of US$9.99 (~RM41) a week, rather than a month for a VPN service. And Eleftheriou says that this brings the scam app about US$1 million (~RM4.13 million) a month.

In both cases, many of the legitimate, negative reviews urge other users to not become another victim to these scam apps. It does put Apple in a strange light. For one, it wants the App Store to be the only way to download apps for its devices. And payments need to use its in-app purchase systems. But on the other, it shelters apps like these that do make use of said systems, but don’t actually work as advertised.