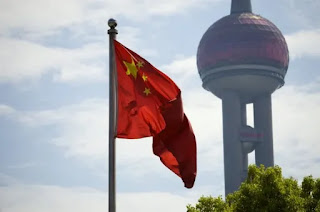 Paypal co-founder and American billionaire investor Peter Thiel criticised tech giants Google and Apple over their respective links to China in a national security discussion with former Trump officials. Thiel, who sits on Facebook’s board of directors, slammed Google for refusing to work with the US military on AI technology, but working with Chinese universities and researchers instead.
He accused the company of “effectively working with the Chinese military” since there’s no clear separation between civilian and military spheres in the country. Puzzled by Google’s actions, he cited company insiders told him that “they figured they might as well give the technology out the front door, because if they didn’t give it – it would get stolen anyway.”

Google strongly denied Thiel’s claims and told CNBC, “We do not work with the Chinese military. We are proud to continue our long history of work with the U.S. government, including the Department of Defense, in many areas including cybersecurity, recruiting and healthcare.” Relatedly, former Google CEO Eric Schmidt chaired a government commission that recently urged the Biden administration to invest in AI-powered weapon systems to defend against China.

.@Paypal co-founder& FB board member Peter Thiel: There's something about the woke politics inside these [tech] companies, the way they think of themselves as not really American companies. And it's somehow very, very difficult for them to have a sharp anti-China edge of any sort pic.twitter.com/jfQYhwE43Y

During the event hosted by the Richard Nixon Foundation, Thiel also pointed to Apple as “structurally a real problem”, noting that its iPhone supply chain is deeply embedded in China.

He called on the US government to apply “a lot of pressure on Apple with its whole labor force supply chain on the iPhone manufacturing in China.” It should be noted though that manufacturing of Apple products – including iPhones – has already begun to shift elsewhere, like India and Vietnam.

at April 18, 2021
Email ThisBlogThis!Share to TwitterShare to FacebookShare to Pinterest
Labels: Apple, China, Co-Founder, Google, Links, Over, Paypal, Peter, Slams, Theil, their, to