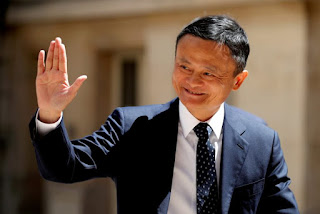 Ant Group strongly denied that the company ever considered the option of having founder Jack Ma sell his stake in the company to help end ongoing scrutiny from the Chinese government. The fintech giant was responding to an explosive Reuters report which cited anonymous sources alleging that the option was indeed being considered.
Sources told Reuters that officials from China’s central bank (People’s Bank of China) and financial regulator China Banking and Insurance Regulatory Commission met separately with Ma and Ant between January and March, where the possibility of the billionaire’s exit was raised.

One Reuters source said the company hoped Ma’s stake could be sold to existing investors in Ant or sister company Alibaba. But another source claimed that the billionaire was told, during his talks with regulators, that he wouldn’t be allowed to sell his shares to any entity or persons close to him – though the door was open for him to transfer his stake to a Chinese investor affiliated with the state.

Reuters said it couldn’t tell if Ant and Ma would ultimately proceed with a stock divestment option – or which one. Not long after the article was published, Ant tweeted that the story was “untrue” and “baseless”, adding that, “Divestment of Mr. Ma’s stake in Ant Group has never been the subject of discussion with anyone.”

Ma’s companies have been in government crosshairs ever since he criticised China’s regulatory system last October. Chinese authorities scuttled Ant’s high-profile IPO in November and initiated an anti-monopoly probe against Alibaba in December, which recently culminated in a CNY 18.23 billion (~RM11.5 billion) fine.