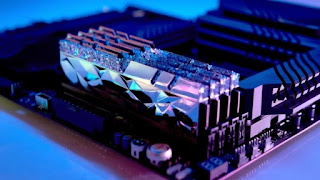 G.Skill has launched its new Trident Z Royal Elite series of DDR4 RAM, the latest addition to the brand’s Trident Z family. The new memory draws inspiration from the current Royal series and basically flaunts a new heatsink design and better-looking heatsinks.
Aesthetically speaking, the aluminium heatsink on each memory stick now features what G.Skill refers to as a “meticulously sculpted” crystalline pattern, which basically gives it a more textured look and feel, versus its predecessor’s plain outlook. On a related note, the new memory sticks still retain the same crystalline light bar on its spine, complete with an eight-zone RGB lighting that can be configured as customised via the onboard PC system it is installed into. 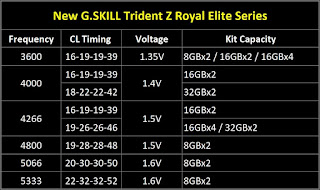