Hyundai Showcases A Fully Modernised Version Of Its 1975 Pony Hatchback 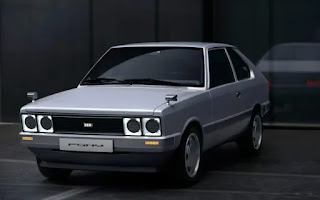 Hyundai has recently unveiled the Heritage Series Pony, a reconstruction of its 1975 hatchback which now features a variety of modern tech such as camera-based mirrors, touch controls, and more. It’s also worth noting that the original car, which celebrated its 45th anniversary in 2020, is the car maker‘s first ever mass-produced and exported vehicle – a historic first for South Korea as well.

The reimagined Pony mostly retains the original model’s design, which was conceived by legendary automobile designer Giorgetto Giugiaro – who also designed several iconic cars such as the 1967 Maserati Ghibli and 1981 DMC DeLorean. Newly introduced to the car’s exterior are the aforementioned fender-mounted camera-based mirrors, as well as pixelated front, rear and signal lights – similar to those featured on Hyundai’s IONIQ 5. Needless to say, this variant of the vehicle would look pretty much at home in any 70/80s sci-fi movie. 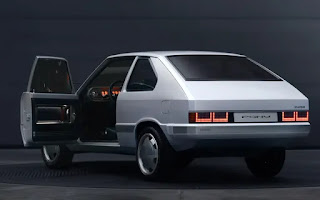 The interior of the car is where things get funkier. Its dashboard features a striking instrument panel which uses Nixie tubes to display information such as battery percentage and top speed, while its steering wheel features voice activation capabilities. Other than that, it also comes with a digital touch transmission, cradle space for mobile phones, and modern lighting system on its doors. Meanwhile, stored within a stainless steel case in its rear boot space is Hyundai’s last-mile mobility device (basically, a fancier name for an electric scooter). 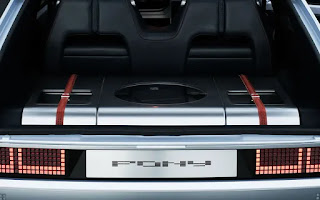 The other noticeable difference on the Heritage Series Pony is the lack of a rear exhaust pipe, therefore confirming it to be an all-electric vehicle. However, Hyundai did not detail any information regarding the car’s onboard powertrain or its expected performance.
But that’s to be expected of a showcase vehicle. 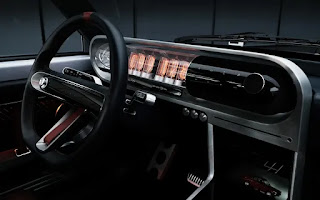 Yes, you read that right. This variant of the 1975 car is actually just a semi-functional concept that is placed on display as part of the company’s “Reflections in Motion” exhibition. And it’s not for sale either, so those who are considering acquiring this retro-futuristic vehicle certainly have their hopes dashed. 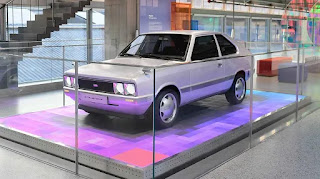 The Heritage Series Pony is currently being exhibited at the recently opened Hyundai Motorstudio in Busan, South Korea from 8 April to 27 June.
at April 28, 2021
Email ThisBlogThis!Share to TwitterShare to FacebookShare to Pinterest
Labels: 1975, A, Fully, Hatchback, Hyundai, its, Modernised, of, Pony, Showcases, Version