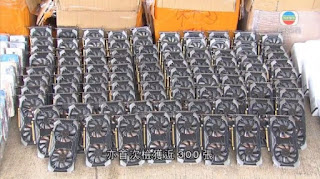 Hong Kong Customs recently seized a large batch of NVIDIA Cryptocurrency Mining Processor (CMP) GPUs, in a failed smuggling attempt in the island city. The seized batch reported contained 300 CMP GPUs, all of which were the lower-end CMP 30HX model.
As a quick primer, NVIDIA announced in February that it would launch its CMP miner GPUs, in the hopes that it would stem the tide of scalpers and bot buyers snatching up all of its GeForce RTX 30 series card in order to use them for mining cryptocurrencies – Ethereum, mainly – and starving bonafide gamers of the component in the process.

The CMP HX can be divided into four variants. These include the 30HX, 40HX, 50HX, and 90HX, and a supposed 170X. The 30HX, in particular, is said to be based on the GeForce RTX 1660 Super and even has more or less identical internals. In terms of hashrate, NVIDIA says that the card should be able to mine Ethereum at 26MH/s. 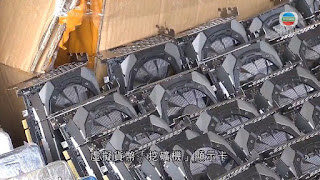 Getting back on point, the seizure of the cards come at a time when China has already implemented a ban on mining farms that made their profits off China’s cheap electricity. As mentioned by Videocardz, the cryptomining craze led to a surge in demand for electricity in Inner Mongolia that essentially led to China having to supply the excess power to its neighbour.

Oddly enough, the original report doesn’t actually mention why these particular cards were seized, nor where and who they were meant to go to. Suffice to say, whoever it was, they’re probably weeping about it right now.