The Star To Close Down Dimsum Streaming Service This September 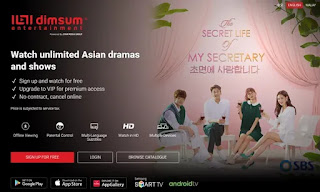 Local on-demand video streaming service, Dimsum will cease its operation later this year. The closure was announced by its parent company, The Star Media Group (SMG) who also counts the daily English newspaper, The Star as one of its subsidiaries.
Set to take place by 30 September, one of the key reasons behind the closure is the fact that SMG’s key management team has identified new opportunities to pursue. It is not clear for now whether this decision is being spearheaded by SMG’s new CEO, Alex Yeow Wai Siaw who has just taken over the role on 1 March. 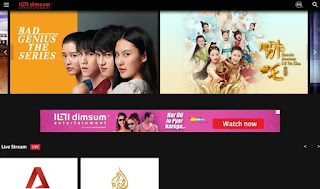 Meanwhile, the media conglomerate also said that the Dimsum team will be reassigned to other projects within SMG. Originally launched at the end of 2016, Dimsum primarily focused on contents from Asian countries including South Korea, China, Thailand, India, Indonesia, and Singapore as well as from Malaysia itself.

At the moment, the service runs on a freemium model with most of Dimsum’s contents  being made available for free with ads while those considered as premium contents can be accessed with a monthly fee of between RM 8 to RM 13.90. According to SMG’s annual report for 2019, more than 1.1 million users have subscribed for the service but seems like it is still not enough to save Dimsum from its imminent closure.

at April 17, 2021
Email ThisBlogThis!Share to TwitterShare to FacebookShare to Pinterest
Labels: Close, DimSum, Down, September, Service, Streaming, TheStar, This, to