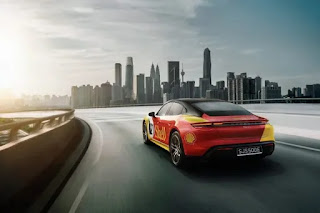 The six selected Shell stations will be equipped with 180 kW direct-current (DC) chargers, which come with two CCS Type 2 charging connectors – allowing a single vehicle to be charged at up to 180 kW, or two vehicles to charge simultaneously at up to 90 kW each. 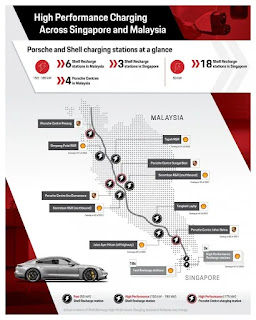 The network won’t be operational all at once though. EV charging will be available at four of the stations in the second half of 2021, and at the two remaining stations by the first half of 2022.

As one would expect, the sites will be integrated with existing Shell charging networks in Malaysia and Singapore. The company already maintains 18 “Reserve + Shell Recharge” charge points in our country. All that will be further complemented with the 175kW high performance chargers available at all Porsche Centres in Malaysia.

Shell wants to make EV charging available at 500,000 stations globally by 2025. The oil and gas company said its partnership with Porsche was part of efforts to transform itself into a provider of net-zero emissions energy products and services.