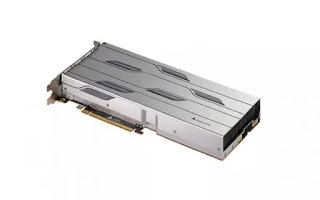 Tianshu Zhixin’s comes months after Big Island was first announced at the beginning of the year. Back then, the Chinese chipmaker hinted at BI being made with a 7nm process node, along with a 2.5D chip-on-water-on-substrate (CoWoS). The company failed to mention what 7nm process it was using for its GPGPU, but Tom’s Hardware has confirmed that it is a 7nm from TSMC’s foundries.

In addition to its “mass production” announcement, Tianshan Zhixin also shared some information about BI in the form of a slide. It’s written in Chinese, but based on what we can make out, the GPGPU is using 32GB HBM2 memory with speeds up to 1.2TB/s. There’s also a laundry list of its performance in floating point operations, including the usual FP32 and FP16 performance metrics. 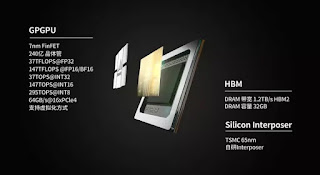 At the time of writing, Tianshu Zhixin did not say when its first round of BI GPGPUs are scheduled to be shipped, nor did it say who would be its first batch of customers.
at April 17, 2021
Email ThisBlogThis!Share to TwitterShare to FacebookShare to Pinterest
Labels: 7nm, Based, Chinese, Chipmaker, Debuts, FinFET, First, GPGPU, Homemade, on, Process, TSMC