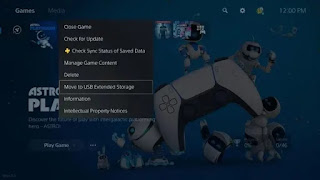 The PS5 has had an update or two since launch, but they were on the smaller side of things. Now, Sony Interactive Entertainment has released what it calls the console’s first major update. And this one lets you store games on external USB drives.
That being said, the limitations of external storage remains, that is you can’t play PS5 games from them. You’ll still have to move them to the internal SSD for that. This is definitely a faster process than having to download them. That being said, you’ll have to be careful about chewing through its total read/write life cycle.

Other things being added in this update include features that extend across two console generations. For one, there’s cross-generation Share Play. This means you can let a friend try out your PS5 game on their PS4, and vice versa. Then there’s the Request to Join Game Session option. This allows others to join in your game without you sending out the invite yourself, and you just need to approve their request. 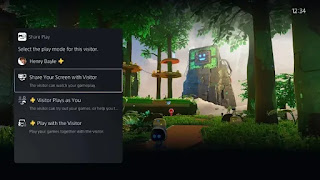 The PS5 is also getting more personalisation options with this update. This includes things like shortcuts to disabling in-game voice chat and adjusting the volumes of individual voice chats. A more interesting one is what SIE calls Game Update Pre-download. It basically allows you to download updates early, if it’s enabled by a game’s dev team.

The PlayStation blog post also mentions new features coming to the PS app in the future, including joining a PS5 game via the app. For a more detailed breakdown of each feature, you can tread them yourself.