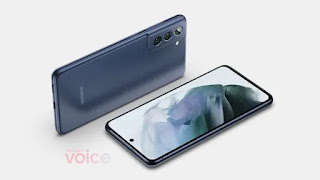 It’s been rumoured that Samsung may launch a Fan Edition (FE) of the Galaxy S21 later this year – much like its 2020 Galaxy S20 flagship, which saw the release of its FE variant back in October. Although the company has yet to confirm the phone’s existence, a recent leak by renown insider Steve Hemmerstoffer (aka OnLeaks) may have given us a first look at its design and specifications.
According to the leakster, not much has changed in terms of design for the Samsung Galaxy S21 FE. It is suggested that the variant majorly retains the look of the original model, but with some minor differences in size – making it larger than the standard Galaxy S21, but still smaller than the Plus version. Hemmerstoffer noted that the allegedly upcoming smartphone measures at 155.7 x 74.5 x 7.9mm, which is 4mm taller and 3.3mm wider than the base model. 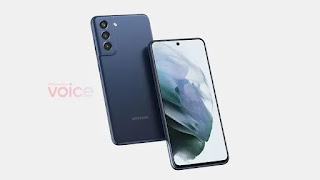 In terms of display, it is said that the FE will feature a larger 6.4-inch display, along with a single top-centered camera cutout. Similar to its predecessor, the Galaxy S20 FE, the new phone is suggested to come with only a flat panel.

As for its rear design, the leakster says its rear camera housing has received a slight redesign, where it is integrated and protrudes directly from the back panel. The same bump on the original models, on the other hand, is built together with the surrounding frame. The Galaxy S21 FE’s rear panel will likely feature a frosted glass/plastic finishing and surrounding it will be a shiny metal frame, Hemmerstoffer added. 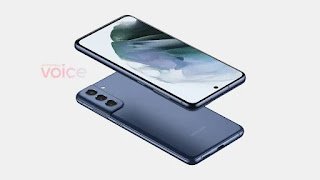 Not much has been revealed regarding the allegedly upcoming phone’s specifications, unfortunately. The only information shared by the leakster is its rear triple camera setup, which is suggested to come with the same 12MP wide, 64MP telephoto and 12MP ultra-wide sensors as the original model, but is said to feature downgraded lenses for cost reduction.

Chances are, it is possible that the Samsung Galaxy S21 FE could come packaged with a Snapdragon chipset like its predecessor. While the preferred choice is obviously a Snapdragon 888, the likeliness of it featuring a Snapdragon 870 SoC for the sake of a more affordable price tag is also plausible. That, or it could instead come with the same Samsung Exynos 2100 processor featured in the original models, or maybe a tweaked version of it. 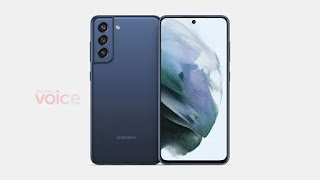 As usual, we highly advise to take this new leak with a pinch of salt. Hopefully, Samsung would reveal more details regarding this variant of its 2021 flagship sometime soon – provided that this rumour is accurate, of course.
at April 16, 2021
Email ThisBlogThis!Share to TwitterShare to FacebookShare to Pinterest
Labels: Allegedly, but, Design, Different, Features, Galaxy, Leaks, S21FE, Same, Samsung, Specs