Taiwanese chip manufacturing giant TSMC warned that the global semiconductor shortage could last into next year, even as it expects better supply for its automotive clients next quarter. According to Bloomberg, CEO C.C. Wei told analysts that the company expects the chip shortage as a whole to continue throughout 2021 and potentially into the next year.
“In 2023, I hope we can offer more capacity to support our customers. At that time, we’ll start to see the supply chain tightness release a little bit,” he said.

Prodded by the extraordinary demand for chips, TSMC previously announced that it would spend US$100 billion (~RM413.8 billion) over three years to boost the chip-making capacity of its plants. 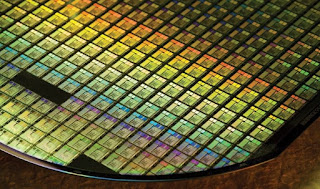 Wei noted the strong demand for 5-nm and 3-nm chips as an impetus for additional capacity, Reuters said. The company is already enjoying the fruits of the chip shortage – a revenue increase of 25.4% to a record of US$12.92 billion (~RM53.32 billion) in the first quarter of this year.

Still, TSMC is keeping an eye on Intel, which recently announced plans to build new chip factories and dive into the chip contract manufacturing (“foundry”) business.

But at least in the short-term, there may be more than enough demand for both companies – just not enough supply for someone looking to buy a smartphone or graphic card or a next-gen console or a car or… well, the list goes on.

at April 20, 2021
Email ThisBlogThis!Share to TwitterShare to FacebookShare to Pinterest
Labels: 2022, Chip, Into, Last, May, Shortage, TSMC, Warns