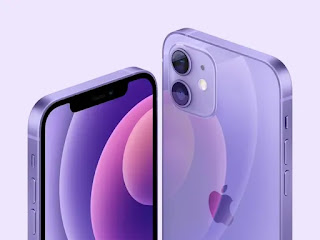 Last night’s Spring Loaded event saw the launch of several new products from Apple; including the brand new iPad Pro, iMac computers, AirTags and more. Much to our surprise, the Cupertino-based company also managed to slip in an iPhone announcement, but not in the major kind of way that most would have hoped for.

Months after their initial debut back in late October last year, Apple has revealed that the standard and mini variants of its iPhone 12 smartphone series will receive a new addition to its current colour selection. Slated to arrive soon, fans can now own these models in the newly announced Purple colour. Yeah, that’s pretty much it.

Usually we’d expect phone brands to provide some sort of explanation as to why a new option has suddenly emerged, often with some fancy copywriting to go along with it. Instead, Apple senior vice president of Worldwide Marketing Greg Joswiak simply said, “The new purple finish, just in time for spring, adds another bright and fun option to the lineup, and we think customers are going to love it.” 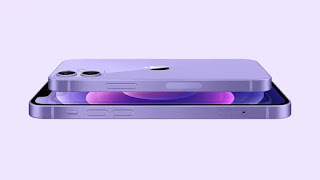 Aside from the new colour addition, everything else remains unchanged. Both the standard and mini variants of the iPhone 12 retain the same 5G-enabled A14 Bionic chip, RAM and storage configurations, MagSafe capabilities, so on and so forth. The company did note that the newer batch will ship with the recently announced iOS 14.5 firmware update, which is also slated to roll out to users sometime next week.

Apple says that the aforementioned Purple cladded iPhone 12 models will be available in the US starting 30 April, with pre-orders opening soon on 23 April. At this current time, the new colour selection is listed to be “coming soon” on Apple Malaysia’s website and despite featuring a newer colour, both models are offered at the same price as their original release. Specifically, the standard iPhone 12 is offered at a starting price of RM 3,899, while the mini variant starts at RM 3,399.

at May 02, 2021
Email ThisBlogThis!Share to TwitterShare to FacebookShare to Pinterest
Labels: and, Apple, Colour, iphone12, Mini, New, Option, Purple, Receives