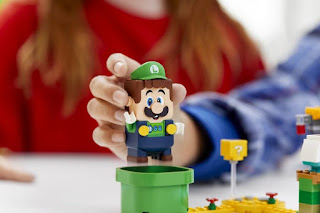 Mario has gotten the LEGO treatment last year, and now, it is finally time for Luigi to do the same. The LEGO Group has announced the new Luigi Starter Course for the LEGO Super Mario Adventures line. 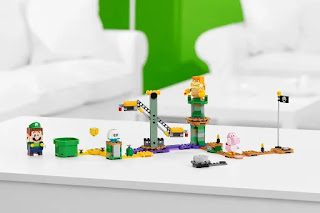 Of course, it’s not just a simple recolour of the existing Mario model. Luigi has his own unique look to him, from his cap and hair to the size of his moustache. The voice work is also naturally different, as Luigi retains his distinct voice, keeping things consistent between the LEGO and video game worlds.

The LEGO Group says that the Adventures with Luigi Starter Course will be available starting 1 August. But you can pre-order them now for RM259.90, via Brick Magic, Box of Bricks, LEGOLAND, Toys ‘R’ Us, or the official LEGO Store on Lazada and Shopee. You’ll also get a themed carrying case if you do. Though at the time of writing, that last one has not yet added the item to the list.

at May 02, 2021
Email ThisBlogThis!Share to TwitterShare to FacebookShare to Pinterest
Labels: 1august, for, Join, Lego, Luigi, Mario, on, RM259.90, Super, to